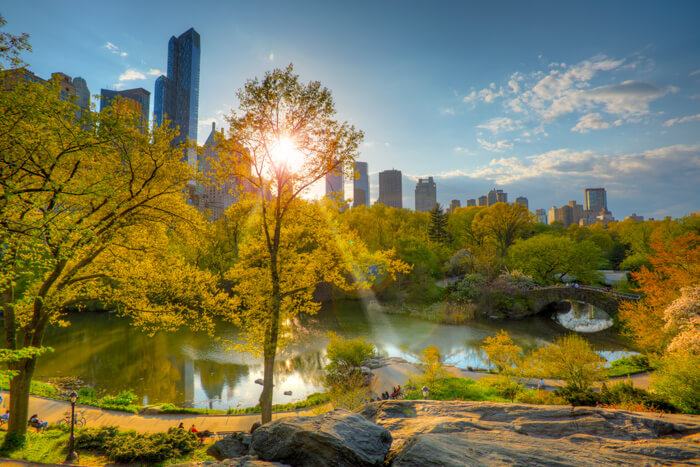 In her 2016 book called Urban Forests, Jill Jones described the forests that circumscribe and punctuate large cities as beautiful cathedrals of shade. At Chipps Tree Care, where we are not always able to find such poetic words to express our love of trees, this is a favourite quotation. Many folks who live in big cities think they need to go to a national park to engage with nature when really, we should be appreciating and emphasizing the trees and forests within our urban centers.

Having accomplished our fair share of tree pruning in West Edmonton and the surrounding areas, we certainly have an accurate idea of how much trees contribute to health and happiness in the general population. Some developers and politicians think that trees are simply expensive ornaments, and would rather build car parks and condos in their place. In this post, however, we’ll make the case for why urban forests are central to the survival and well-being of humans.

In the early twentieth century, before the American Elm was devastated by Dutch elm disease and the emerald ash borer, gigantic elm trees lined the cities of Manhattan creating a cooling canopy that kept the city temperate in the high summer heat. Nowadays those trees have mostly died or been cleared by ruthless developers. As a result, giant office and apartment buildings have to pump their A/C units to beat the heat, increasing bills and sucking massive amounts of energy out of the grid.

If you have an elm on your property that has died from the above causes, consider hiring us for tree removal and stump grinding services so you can plant new saplings in their place and grow a new, cooling canopy on your street.

The Power of Community

Tree advocacy groups have sprung up in many nations to halt the grinding process of global industrialization. Trees make communities more beautiful and healthier and studies show that mortality rates and quality of life are correlated to how many trees line a community’s streets and public spaces.

A large tree can absorb 150 kg of carbon dioxide per year and, additionally, absorbs small particles including pollutants and allergens. If there were no trees, imagine how many irritating little particles of dust and debris would get caught in your eyes and your clothes. Trees also reduce noise-pollution drastically, promoting sleep quality. A large tree also absorbs 1,432 gallons of water, which can drastically reduce the severity of a flood. Analysts estimate that the ideal tree coverage for any city is (at least) 40%.

The term ‘extinction of experience’ describes the phenomenon whereby children growing up without nature will not value nature since they’re not familiar with it. This will lead to less interest in conservation policies, which could be catastrophic for the planet earth and the human who live on it.

When the coming winter is over, consider Chipps Tree Care for tree removal services in Edmonton. Clearing dead trees pave the way for planting more urban forests, a cause we can all get behind.