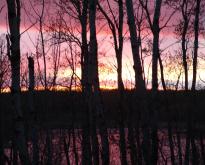 Wow its really nice to see the sun. The snow is rappidly melting and the trees are beginning to pressure up. Buds ar swelling and the trees are putting on some weight. Like we do in the off season (ha ha). It has been quite difficult to get into yards due to the amount of 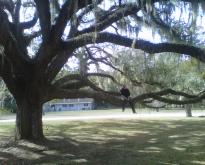 My wife and I had the pleasure of spending a week in Savannah Georgia at the end of February for the North American Tree Climbing Championships. It was the first one of its kind. I was fortunate to see lots of old friends and fellow competitors. I have not competed for four years or so 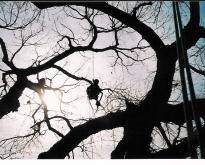 Well its been a very long time scince I can remember seeing the grass. It has been a snow covered March, however the weather has been warm enough to get into the trees. (for the most part). The team has been climbing some big boulevard Poplars for a local municipality. This is a great way

In the evening of Monday, August 16th, a thunderstorm rolled over the skies of edmonton, with several lightning bolts touching down within city limits. On Tuesday morning, Frank Chipps, ISA Certified Arborist and owner of Chipps Tree Care, Inc. was pruning the trees and shrubs in a clients’ backyard and listening to the client tell